Day County Arts Council is partnering with local Bristol artist Kartin Bartell to paint a mural on the east side of the concrete beam, located between the new track/football complex and golf course in Webster. It was officially installed on July 18!

Learn more about the history and photos of the SDSU Beam below.

Webster Area Development Corporation and South Dakota State University started a new partnership in July 2013 with SDSU Department of Architecture (DoArch), after connecting with SDSU representatives during an ice cream social held in May 2013 at the Day County Courthouse.

What's next?
Design-build project on West 10th Avenue in Webster.

In our third year of partnership with SDSU DoArch, WADC, City of Webster and a group of community members helped identify potential sites for a “design‐build” project. An underutilized piece of land was selected for its focal location between the new track/football complex, golf course and basketball court. Faculty and students finalized a design in the fall of a 60 ft. concrete beam featuring an exhibit/display area, seating and flower bed. Community input was sought during the preliminary design in the summer, and students also cleaned up the Works Project Administration (WPA) concrete pad located on the site. The beam will add a bit of culture, and could become an ideal place for picnics, theatre or concert performances, displays and other family or community gatherings. The beam is set to be installed in May 2016.

Nearly all of the project is covered by a grant and SDSU DoArch. City of Webster leveraged $5,000 to entice Precast Concrete Institute and SDSU Architecture to invest $34,000 in the Webster community through this project. Webster's funds have paid for soil testing and the footing designs. 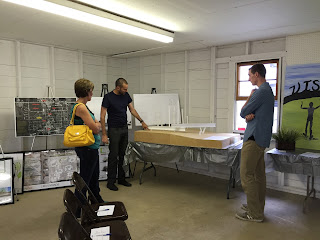 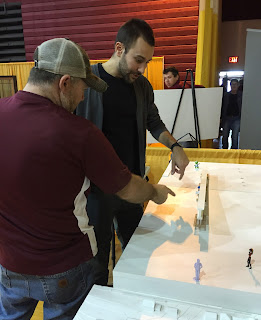 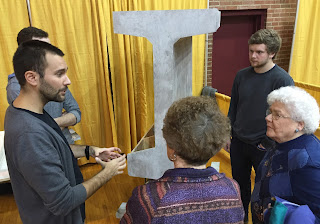 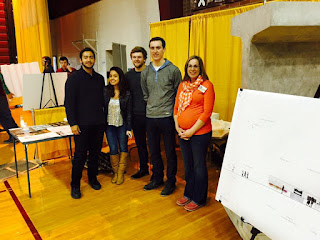 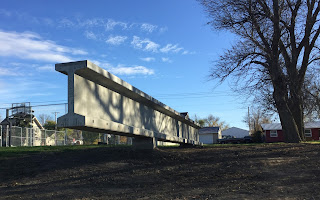 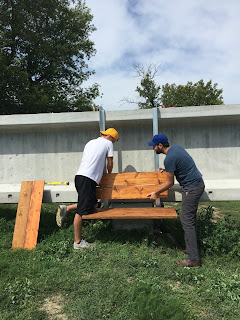 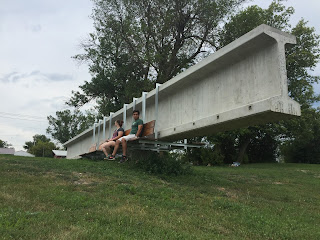 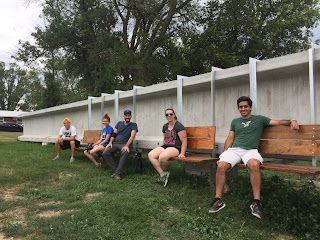 Thanks to Northeast Excavation (Jim Stern), Pro Lumber (Derek Shafer), and City of Webster for helping with the dirt work, concrete footings, and tree trimming!

The beam was placed on the footings on Oct. 21 by B&B Contracting out of Aberdeen. Ten SDSU Architecture students and three professors attended, taking pictures and video along the way!

Final touches are yet to be finished. SDSU will be screwing in some benches, and also steel rods cast by Dakota Foundry and later galvanized. View photos. Grass will also be returned to the site. A grand opening event will be held this summer/fall.

Thanks to SDSU DoArch students and faculty, the benches were installed in July! Plans for landscaping and potential art mural to come!

A mural has always been in the back of the minds of team members who worked with SDSU Architecture students and faculty to bring a space back to life between the new track/football complex and golf course on West 10th Avenue in Webster. This beam is a finale of sorts for a partnership that began with the university in 2013.